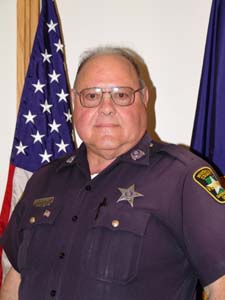 Charles L. "Chuck" Lavalla, 83, of Pierce Road, Hinsdale, died Feb. 16, 2014, at his home.
He was born in Montgomery Center, Vt., Oct. 25, 1930, son of Laurence and Blanche (Paquette) Lavalla. At the age of 7, he and his family moved to Brattleboro, where he was raised and educated, attending Brattleboro public schools. He was a graduate of Brattleboro High School, class of 1951.
Following high school, he enlisted in the U.S. Marine Corps on July 4, 1951, serving during the Korean conflict. He was honorably discharged from active service on July 4, 1954, at the rank of sergeant.
Upon his return home he went to work as a car salesman for Preston Motors, Brattleboro’s American Motors dealership then located on Putney Road. He later joined Kinny Pike Insurance Agency, managing the company’s Brattleboro office for 20 years.
From 1990 until his retirement in 2010 he was employed by the Windham County Sheriff’s Department, working as a deputy.
Mr. Lavalla was a former selectman for the town of Hinsdale, where he served for a term as chairman of the board, and was a past corporator at Southern Vermont Health Services/Brattleboro Memorial Hospital.
He was a life member and past exalted ruler of the Benevolent and Protective Order of Elks, Brattleboro Lodge 1499, and served as state president of the Vermont Elks Association. Mr. Lavalla was a former member and past commander of the American Legion, Chesterfield Post 86, held membership in the American Legion, Brattleboro Post 5, and was an active member of the Marine Corps League, Brattleboro Detachment 798. He was a member of the former Brattleboro Lions Club and a past member of the Fraternal Order of Eagles, Brattleboro Aerie 2445.
Mr. Lavalla was a communicant of Mary, Queen of Peace Parish in Hinsdale.
He enjoyed golf and had been a member of the Brattleboro Country Club. He loved to travel and especially enjoyed time shared with his family.
On March 2, 1952, at St. Ann’s Catholic Church in Edenton, N.C., he married Ann Bevis.
Survivors include his faithful and loving wife of almost 62 years; two sons, Mark Lavalla and his wife, Suzanne, of Nashua and Kevin Lavalla of East Greenwich, R.I.; one daughter, Holly Morelli, and her husband, Daniel, of Winter Garden, Fla.; eight grandchildren; one great-granddaughter; and many nieces, nephews and several cousins. 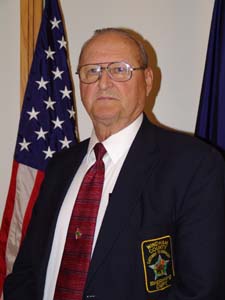 BELLOWS FALLS - Clayton Edward "Bud" Kathan, 85, died Friday, Aug. 30, 2013, at the Springfield Hospital.
He was born Oct. 18, 1927, in Putney, the son of Gladys S. and Dexter W. Kathan Sr. He attended schools in Putney and Brattleboro. He served in the United States Navy, assigned to the USS Columbus 74 Heavy Cruiser during World War II.
Mr. Kathan married Dolores "Doe" Currier in Bellows Falls on June 28, 1947. They traveled extensively in their motor home to 48 states of the United States.
Mr. Kathan sold insurance for Equitable Life Assurance, worked for the Bellows Falls Police for 20 years and with the Windham County Sheriff's Department for over 40 years, having graduated from the Police Academy and U.S. Marshals School. He was the first full-time court officer in Vermont.
Mr. Kathan's tenor voice rang out at Mass at St. Charles Catholic Church. He sang for weddings and funerals, and he was a member of The Yankee Male Chorus. He was a distinguished woodworker, and an avid outdoorsman, hunting and fishing all his life.
He is survived by his wife of 66 years; a daughter, Pam Kathan of Bellows Falls; a son, Thomas Kathan of Dalton, N.H.; five grandchildren; six great-grandchildren; and a sister, Carol Miller of West Brattleboro.
He was predeceased by his parents, a son, David, a daughter, Bonnie, a sister, Virginia, and brothers Dexter Jr., William and Robert.

William, "Bill" Graham, Jr., 79, of Bellows Falls Road, former longtime Windham County Sheriff, died Tuesday, August 3, 2010 at Dartmouth-Hitchcock Medical Center in Lebanon, N.H. the result of a head injury he sustained following an accidental fall at his camp in Bradford.
Bill was born in Springfield Gardens, Long Island, N.Y. on February 20, 1931, the son of William and Adath (Shelley) Graham.
At the age of eight he moved to Putney with his family where he was raised and educated, graduating from Brattleboro High School, Class of 1948. He later attended Champlain College where he majored in Criminal Justice. Bill was a graduate of the Vermont State Police Basic Training Academy, graduated with the 89th session of the FBI National Academy and was also a graduate of the National Sheriff's Institute.
For 33 years he served as Windham County Sheriff initially appointed to his position by then Governor Deane Davis in 1969. He retired from his position in February 2002. Prior to his appointment as Sheriff he served as Juvenile Probation and Parole Officer for six years working in the agency's Brattleboro office.
From 1954 to 1963 he served with the Vermont State Police working out of the Fairlee Outpost, covering fourteen towns from White River Jct. north to St. Johnsbury.
In his earlier years following high school he worked for Basketville in Putney as manager of the company's production department. For many years, on a part-time basis he worked for the State of Vermont (Orange County) Fish & Game Department as a game warden.
Active civically, positions he held in Putney included, member of the Zoning Board of Adjustment, town agent, town grand juror, town lister, and town constable. He also served on and was chairman of the school board in Putney.
Bill was a Director of Bellows Falls Trust Co., was a member of the Vermont Criminal Justice Training Council, served on the Vermont Detective Licensing Board as well as on the Governor's Crime Commission. He was also a Trustee with the Family Child Guidance, Youth services.
Professional memberships he was active in included, International Chiefs of Police, National Sheriff's Association where he served as state director since 1971, and Vermont Sheriff's Association where he served as President for six years. He held membership in the Vermont Chiefs of Police Association, the American Society of Industrial Security and was a former member of the Aircraft Owner & Pilots Association.
He was the first chairman of the Windham County Greenup Committee 1979-1981, was a member of the Criminal Court Coordinating Committee and served as Coordinator of Police services for Disaster Situations in Windham County.
Active fraternally, he was a member of the Brattleboro Shrine Club, Cairo Shrine Temple of Rutland, F&AM, Golden Rule Lodge #32 in Putney, Putney Lion's Club and held membership in the Putney Historical Society.
Bill received a special commendation in 1994 from President Clinton at the White House for Courage and Commitment to the safety of others and dedication to the community exemplifying the finest tradition of law enforcement in America. He was also the recipient of the Citizen of the Year Award, from the Boy Scouts of America.
On October 9, 1958, in Chicago, IL he was married to Phyllis Austin who survives.
Besides his faithful and loving wife of 51 years, he leaves one daughter, Kimberlee Denning and her husband Jeffrey of Weare N.H., three grandchildren, Michael, Aleesha and Matthew Denning, and many nieces, nephews, grandnieces and grandnephews.
He was predeceased by one sister, Ethel Sauer.

Mark Dooley joined the Windham County Sheriff's Department in 2002, he graduated the Vermont Police Academy and served the citizens of the county as a patrol officer. He left the department to pursue a career in the Military, where he was commissioned a Lieutenant in the Vermont Army National Guard. During this same period he joined the Wilmington VT Police Department as a Police Officer. Mark was activated for duty in Iraq where on September 19, 2005 the vehicle he was riding in was struck by an IED. By whatever title he was known, be it Deputy Sheriff, Police Officer, Lieutenant or just Mark, he will be missed by the family and friends he left behind as well as the people he served, both in Vermont law enforcement and the military.
Mark's Guestbook

Ziggy Ostrowski started his law enforcement career in 1974 with the Bellows Falls Police Dept., in 1978 he became Chief for five years. He then went to work for Windham County Sheriff's Office where he served in several capacities. He was especially proud of his work with the Explorer's program. In his later years Ziggy worked two jobs, one as a Deputy and the other as a teacher at Kurn Hatin School. Ziggy passed on June 3rd, 2005.

John Williams started his career in the Criminal Justice system as a Side Judge on February 1, 1995. He held that position until January 31, 1999. He was then commissioned a Deputy Sheriff and served as a court officer at the Superior Court in Newfane. He also served civil process in the County until his death.

Deputy Ray Wilson worked full-time as a court officer in Windham Family Court where he was responsible for the protection and safety of the judge, court staff, prisoners and the general public. Deputy Wilson saw his greatest challenge as making sure the security of the court stayed at a high level. He loved his work and daily contact with people of all walks of life. Deputy Wilson's personal goals were "to do the best job I can and look for new and better ways to perform my job." Each year he'd undergo at least 30 hours of training to meet state qualifications for weapons, first aid and understanding the changes in law.
Deputy Wilson was active in both the Masons and the Shrine Organizations, where he received the 33rd Degree in Masons in 1999 and the Meritorious Award for Service in 1994. Deputy Wilson called Bingo at the Shrine hall every Monday Night. He served on various boards, collected food, clothes and other items for area shelters and the Women's Crisis Center in Brattleboro.

Linda is married with 4 grown children and 13 grandchildren. Linda and her Husband own a small farm with chickens and a team of draft horses that they enjoy working with.
Linda is currently a full time dispatcher working second shift for the Sheriff's Department and has been a voice on the Windham County Sheriff's Department radios since September of 1986.